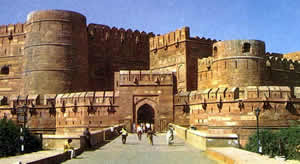 Television has undergone something of a glorious transformation in the past decade or so, but arguably longer. Drama shows like one of my favourites, The Sopranos, or going even further back to the likes of OZ and Twin Peaks, just to name a few, delivered compelling narratives, complex characters, and thematically pushed the envelope. They weren’t afraid of controversy, of showing the ugliness, messiness or moral greyness of life.

Not all shows need to be so serious, of course – I mention them only because these are but a few that stick out in my mind for reasons of quality, which is firmly rooted – for me – in originality. Taking all the mafia stereotypes and tropes established decades earlier, The Sopranos took a familiar concept and flipped it on its head, with the titular mafia don seeing a shrink to deal with his burgeoning anxiety problems. It was unique and utter gripping.

There are still many original shows being made today, and good ones at that. But the relative percentile of shows and films based on original scripts and ideas seem to be dwindling. Hollywood seems eternally obsessed with the remake, the franchise and the adaptation. Look at the films being advertised at the cinema and you’ll see what I mean: every second movie seems to be a remake, or another iteration in an extended superhero “universe”, or an older franchise being “rebooted”.

Don’t get me wrong, I’m actually quite fond of the Marvel superheroes franchise. My point is the factory-level volume at which they’re being pumped out – just as an example – is indicative of the money and faith Hollywood studios invest in these projects. And with good reason: they’re profitable, and people will flock to see them – a good return on the investment is *almost* guaranteed. They’re great popcorn entertainment. They’ve been tried and tested, audience-approved. Studios like the familiar: the new, the different, is scary, and financially risky.

But I – the average film-going proletarian – don’t really give a toss about profitability and investors. After a while, franchise fatigue sets in. I find myself trawling Foxtel, my Netflix and Stan subscription services and the Village Cinemas website for something different, something new, something not a franchise, superhero or remade movie or show. I’m sick of sequels, prequels, reboots. Even adaptations, often extremely good – like my beloved Game of Thrones – start to exhaust. Where are all the original stories, the hidden gems, the underdogs?

I know they’re out there. There’s just not as many as them as there used to be, and even then, not all of them are good (ahem, NETFLIX). Streaming services have had a significant impact on the way content is made. They’re often the biggest purveyors of original content now, and they appear to take bigger risks than the traditional Hollywood studio. I admire that, even if the result falls a little short. What frustrates me even more than a lack of original content, however, is when a great original show is canned – I’m firmly thinking of shows like The Crossing and BrainDead right now. They had a lot of promise – not perfect, but delivered something I hadn’t seen before. But they weren’t safe.

Rewind to 2011: the Global Financial Crisis had taken its toll on retail book stores. My favourite at the time, the almighty Borders in Melbourne Central, was closing down. The boosktore giant’s closure heralded the greater collapse of the industry, and I found myself feeling terrified that the “death of the book”, as I’d heard it dubbed, was nigh. I now recognise that was a foolish notion: there was always e-books, Kindle and such (not my preferred style of reading; never has or will be); and many retail non-chain/small-chain bookstores continued to resist the eroding tides. The written word wouldn’t die – but strangely, not because of anything to do with money or diversifying reading trends.

The written word – the short story, the novel/la, the poem, the comic book – is the last bastion of the original story. And it’s a big bastion with an unfathomably deep well, from which its defenders draw an endless stream of ideas, worlds and characters. It is the final defence against homogenisation and the soulless Hollywood cookie-cutter machine. Many stories that begin in the written form eventually give themselves over to the silver- or small-screen treatment (and that’s not necessarily a bad thing!). But I’d wager the greater proportion of those adaptations, the source material is far superior, more greatly nuanced (especially with comic books).

I meet fewer and fewer people who read these days, and that definitely saddens me, because I know what true magic these people – some of them my own friends or family – are missing out on. But I’ve begun to see many, many more reading again, replenishing the bastion’s ranks, converts to a noble faith. And I’ve begun to see there are still plenty of writers, whose family and friends (like some of mine) in the past have explicitly or strongly hinted against pursuing a career in writing, because “it’s dying”. They couldn’t be more wrong.

The written word will never die because there are still men and women manning the fortress. They are the writers still digging in their heels, drawing buckets of promise from the well. And they are the readers – their numbers growing all the time – who eschew Hollywood’s glitz and spectacle, knowing if you want something truly special, you go to the source. Books are still the greatest source of original stories, characters and worlds.

Let’s keep defending the bastion, my friends. You’re protecting a million million worlds and countless billions of characters who’ll make us feel, make us laugh and cry, and help us know ourselves better.