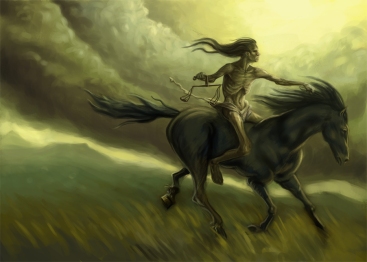 Hello again fellow travellers! My, my , has it been another month already? This year is just flying by – feels like I’m doing heaps but achieving little all at once!

But the emphasis is on the word “feeling”, because I’ve been rather busy and productive. Lots of news this month.

So, the most obvious news: I’m pleased to say this week, on June 15th, FULL METAL HORROR 2: A Bloodstained Anthology will be released! It features my story “Transfusion” along with twenty-two other stories from authors around the world. “Transfusion” tells the story of Michael, an embattled supermarket worker who takes crap day after day and – instead of drinking, fighting or shooting up the place, he does something magnanimous: he regularly donates blood plasma, and being AB negative, it’s a universal plasma and in short supply. He sees it as giving back to his community, even though said community is pretty horrid. And it’s not all bad – there’s a good chance his blood has saved a co-worker who falls ill from hypovolemia and needed a transfusion. But what Michael doesn’t realise is he might be giving something a lot more deadly within his precious gift…

The anthology will be available for purchase from Amazon in both paperback and Kindle formats. I will be ordering paperbacks to sell own my own shop as soon as possible. I’ll update the blog and hyperlink all the options for purchase on release day.

Next, we’ve received a (broad) release date for Aussie Speculative Fiction‘s Capricorn anthology, featuring my story “Lord of the Deep”: December 2019! The authors were even lucky enough to get a (half-)preview of the cover, and it looks delightfully sinister (this picture isn’t it!)! I’ll do a cover reveal once the full image has been released by the guys at ASF. You can see the blurb for “Lord of the Deep” here; it’s one of my favourite stories I’ve written to date and I can’t wait to share it with you all.

On the writing front May-June has been incredibly busy: I submitted “Of Shadows and the Dominion of Night”, a Lovecraftian creepypasta-style horror tale; I also finished and submitted my long-gestating story “Samsara”, which ended up becoming a 10,000 word novelette! I’m actually rather grateful the submission call allowed for a higher word count, because this was a tricky and complex beast to wrangle (let’s be frank, it was absolute bastard to write!) but I’m happy with the end result. Hopefully I will have news on that one soon. You can catch the blurb for that story here.

“Samsara” represents the last of my 2019 anthology submissions (at least the ones I’ve committed to), as I’m dedicating the second half of 2019 to my longer projects. I am neck-deep in my novelette for the Four Horsemen project I’m collaborating on with authors Natalie Rix, E. L. Giles and Alanah Andrews – my Famine story, under the loose working title “Principle of the Raven”, is coming a long nicely and will serve as a tie-in to my novel-in-progress “Land of the Righteous”. The story is told from the Horseman’s point of view, and takes place before and during the onset of what appears to be the Apocalypse from Revelations. On the surface the Horseman’s story is quite literal, but it becomes apparent very quickly that there is something much, much more sinister and strange going on than just a mere Apocalypse…

Speaking of “Land of the Righteous”, I’m intending on submitting the first three chapter of the novel into the Hachette Australia Richell Emerging Writers Prize. It’s a fantastic opportunity with some great prizes, so fingers crossed it can make an impression on the judges! (And fingers crossed I have enough time to finish polishing!)

From July to September all my attention will be focused on completing the manuscript for my Drowned Earth novella, “Tides of War”. Once the dust has settled on that, “Land of the Righteous” will become the primary focus. It has become apparent that I need to focus on my solo projects and take this writing thing to the next level!

Phew! That was all a mouthful. That’s another update done for this month. Be sure to grab a copy of FULL METAL HORROR 2 when it drops June 15th! Peace!